All about the city of Vila Real! Douro Cruises Blog
Return to listing

Vila Real: Beyond Marão the locals are in charge!

Anyone who comes to Vila Real, to “discover Portugal”, will be surprised by its history, its rich artistic heritage, the beauty of the natural landscapes and the irresistible gastronomy. Among mountains and waterfalls, delicious dishes made in black clay and breathtaking monuments (like the Mateus Palace), there will be plenty of reasons to want to return!

In Trás-os-Montes, there´s a saying ”para lá do Marão mandam os que lá estão”, this means, beyond Marão, it is the locals who are in charge, and in this train of thought a whole local culture has been developed. With the inauguration, in 2016, of the fantastic Marão Tunnel, with its 5 825 m in length - the longest road tunnel in Portugal and the 3rd longest in the Iberian Peninsula - this aphorism lost its meaning. In other words, Vila Real, Chaves and other cities in Trás-os-Montes are no longer isolated and long hours away from Porto or Lisbon. This great work of engineering is a landmark and has had a huge impact on the lives of local populations, as it brought this region closer to the coast and brought dynamism to cities beyond Marão.

The city of Vila Real, district capital, located in the center of the Cabril and Corgo rivers and framed by a fascinating natural landscape, permanently contemplates the contiguous Marão mountains and the Alvão Natural Park. As a crossroads of communication in the Higher Douro, it is an excellent starting point for exploring the Douro Valley, a World Heritage Site.

Board on the marvelous cruise 3-Day – Secrets of Douro and Tâmega, with accommodation in the biggest Hotel in the city, and discover the secrets of Vila Real!

The local heritage is quite rich, and the city has gained prestige since 1986, when the University of Trás-os-Montes and Alto Douro was established. The presence of an important student population brought to Vila Real a lot of excitement. The city is also the stage for the Vila Real International Automobile Circuit, which brings together the sports world of speed and racing cars.

D. Afonso III created Vila Real because of the 1272 organization chart. However, it was King  Dinis (the true settler and builder of the region of Trás-os-Montes), who instituted “Vila Real de Panóias”. A city with more than 700 years of existence, it is not surprising to see the beauty of its monuments and its streets full of history, color, and traditions. Close to the commercial and lively Carvalho Araújo Avenue, we find the Vila Real See Chruch, from the 15th century. This beautiful Gothic cathedral was originally the church of a Dominican monastery. In 1922, when Vila Real became diocese of Pope Pius XI, the church became the See Cathedral.

At the south end of the avenue, you can see a 15th century house that, according to tradition, is said to be the birthplace of Diogo Cão, the Portuguese navigator who discovered the Zaire´s River mouth in 1482.

Nearby, the Clérigos Church, known as “Capela Nova” or New Chapel, has a pleasant Baroque façade attributed to Nicolau Nasoni and an interior with magnificent blue and white tiles. 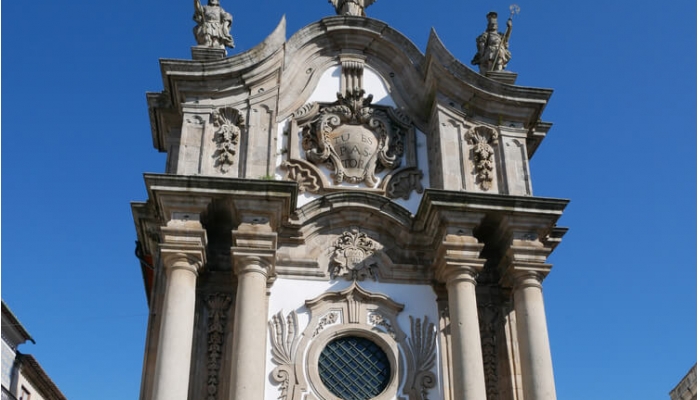 In the historic city center, the beautiful and very old Chapel of S. Brás also stands out, declared a National Monument, from the beginning of the foundation of Vila Real, where the tomb of Espadeiro, King Afonso Henriques´ companion-in-arms, is located.

Vila Real hosts an annual festivity, in February, to celebrate the local saint “S. Brás”. During this festivity, next to the city´s chapel, you may buy the famous “Ganchas”, which are basically candy canes, this is a local and traditional sweet. You will also find the other famous and traditional sweet, “Pitos” which are sweet pies, stuffed with pumpkin jam. There´s a local tradition where girls offer this pastry to boys on Santa Luzia day so the boys will then offer the “Gancha” to the girls on São Brás day.

Vila Real´s handicrafts and gastronomy are also remarkably interesting. When we talk about these handicrafts, we must mention the extraordinary Bisalhães black clay popular art, which has been classified by UNESCO as Cultural Heritage of Humanity. The color results from the way they cook the clay, which is inside a hole made in the ground. These are sold at the traditional S. Pedro Market, held annually in Vila Real from 27 to 29 June. 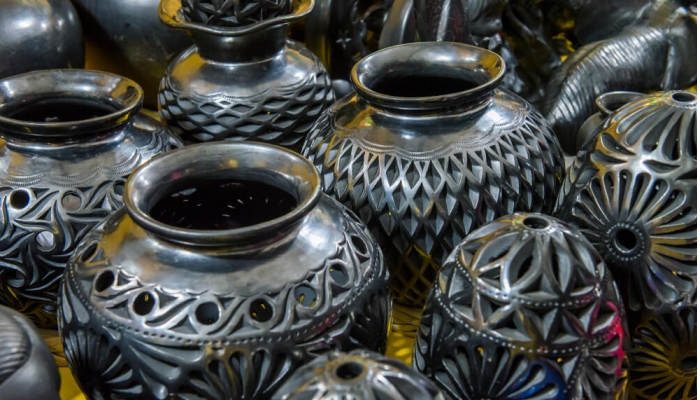 It should be noted that Trás-os-Montes´ cuisine is highly valued with this typical clay pottery, which when used to cook, makes any dish exquisite. In fact, both the gastronomy of Vila Real, its robust wines and its world famous Mateus Rosé, are virtues of the best table. Especially when it envolves, dishes like the roast kid, sausages and smoked meats, the stewed Tripe “tripas aos molhos” and the excellent typical codfish. The delicious traditional sweets, on the other hand, have a great and justified fame and, just for that, are worth a trip: the “Pastéis de Toucinho do Céu” (pastry filled with egg custard with pork lard), the “Covilhetes” (meat pastries), the “Pitos”, the “Ganchas” and the “cristas de galo” are an example. 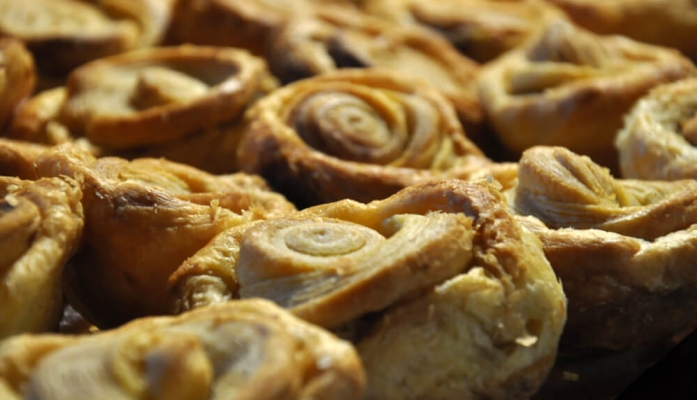 Vila Real wisely knew how to transform the riverbanks part Corgo River into a riverside garden promenade, extremely popular with sportspeople or, simply, with all those who wish to go for a stroll and get fresh air. If you are looking for a place of refuge from the hot summer days, venture out on the trails of Lamas d'Olo, a mountain village, where you can find a stunning waterfall, Fisgas do Ermelo, one of the great attractions of the Alvão Natural Park. The Fisgas de Ermelo, one of the biggest waterfalls in the Iberian Peninsula, are small lagoons of clear and fresh water dug in the rock by the Olo River, this scenery you will not forget! 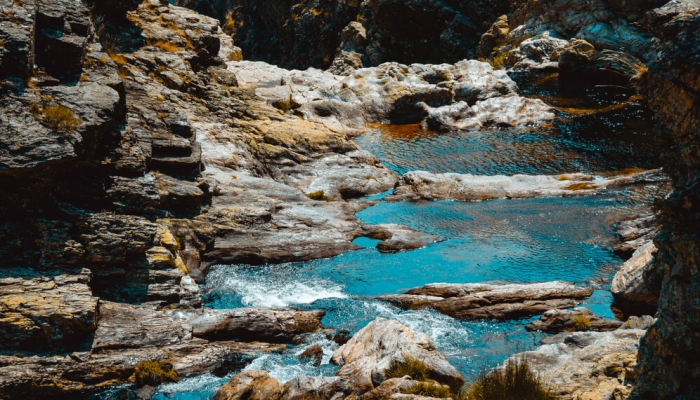 If you are a lover of outdoor sports, enjoy all the walking or cycling tours you can do in the Alvão Natural Park area, you can try out rafting or canoeing on the Tâmega River too.

Around Vila Real, the Rock Sanctuary of Panóias and the Mateus Palace are mandatory points of visit. The Rock Sanctuary of Panóias is one of the most important of its kind in the Iberian Peninsula and dates to the Roman period. Also visible are Roman inscriptions that reveal that the site was the scene of rituals and sacrifices in honor of the gods, as well as pits dug in the granite where, apparently, the blood of the sacrificed animals would flow.

The splendid Mateus Manor, 2 km from Vila Real and which appears on the labels of Mateus Rosé Wine, is one of the most beautiful palaces in the country, both for its construction and for the beautiful gardens that surround it. It is a remarkable example of the splendor of Baroque architecture in Portugal and was built in the 18th century by Nicolau Nasoni - author of the Clérigos Tower in Porto - at the request of António José Mourão, whose descendants still live in the House. The Palace was declared a National Monument and was designed with the purpose of creating a series of views and reflected images. The water tank at the entrance maintained this spirit of harmonious repetition, reflecting the main facade of the manor. Two of the palace rooms have been adapted for a museum. In one, there are 2000 parchments and royal letters, including a unique edition of “Os Lusíadas”, from 1817. In the gardens, the Camellia Garden and the famous Cedar Tunnel stand out, whose foliage allows aromatic walks in the summer. Casa de Mateus Foundation was created in 1970, regularly developing cultural activities. 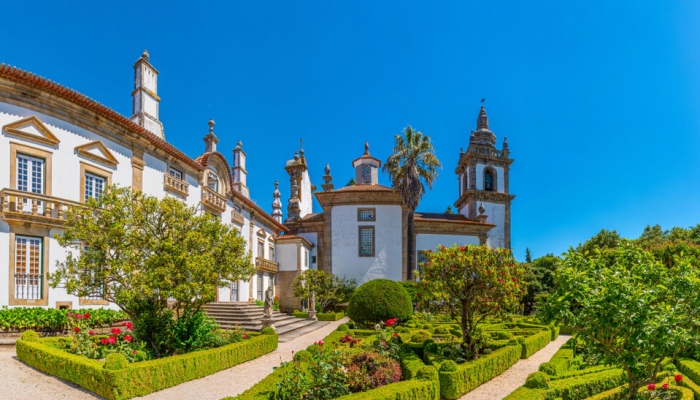 Enjoy a remarkably interesting guided tour of Mateus Palace on the cruise Secrets of the Douro and Tâmega and lose yourself in the beauty of its gardens!

As we can see, Vila Real presents curious and original landscape, artistic, historical, and gastronomic aspects. Contact us and come to know this distinctive city. 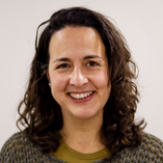 Thank you for subscribing our information and special campaigns of our Douro Cruises.

You can cancel your subscription anytime. Just click in "Remove" on our newsletters